Internet Outages & Your Business, No. 1: What happens when the internet goes out? 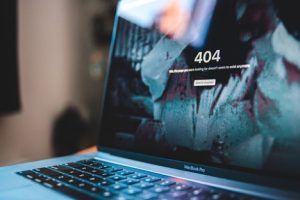 On June 8th, 2021, several major websites from some of the world’s biggest companies went offline for about an hour. The outage, linked back to cloud company Fastly, has since shined a light on a critical weakness of global internet infrastructure.

In the first of Schooley Mitchell’s three-part series on internet outages, how they affect your business, and what you can do to minimize the damages, we look at what happened on June 8th, and what it shows us about our dependency on telecom services.

So, what happens when the internet goes out?

For an hour on June 8th, technical problems at cloud company Fastly, caused widespread outages around the globe. Major websites such as Amazon, Hulu, The New York Times, The Verge, and CNN, among others, went offline.  Several airports worldwide were also impacted. Social media sites such as Reddit, Pinterest, and Twitch also experienced outages.

Perhaps most concerningly, the government web pages for the United Kingdom were unavailable. Citizens were temporarily unable to book services or find information regarding COVID testing and vaccinations, as an example of the outage’s real-world consequences.

Fastly is a ten year-old San Francisco-based service provider that is very popular with larger companies, such as the aforementioned brands, for helping their websites load faster for consumer traffic by storing larger files like images and videos closer to their end users.

Fastly announced on its website at 09:58 UTC that it was investigating the problem and, an hour later, reported it had identified and applied a fix. At the time, it declined to say what the problem was, leading to much speculation.

Later, Fastly blamed the problem on a software bug that was triggered when a customer changed a setting, revealing how very fragile internet infrastructure can sometimes be.

Although the outage was brief, and the solution quick, the hour of global confusion and dysfunction has highlighted some of the weaknesses in the way businesses operate online.

Are we too vulnerable?

Before the outage, Fastly was not a household name. It’s strange to think one company could bring so many parts of the internet — economic, governmental, and social — to a sudden halt, without being a widely known name. With every aspect of life, from schooling to grocery shopping to even health care, moving online, a vulnerability like this is scary.

As more services move online, a handful of companies are responsible for the backbone infrastructure that keeps those services afloat. An outage like the one caused by Fastly does real-world harm — even if just for an hour.

“We’re seeing more and more being concentrated in fewer and fewer vendors,” Josh Chessman, information technology analyst at Gartner, told The Washington Post in an interview. “Everybody has this perception of the internet as this really robust thing, and it is, until it’s not.”

Essentially, a lack of diversity of ISPs and web-hosting companies is part of the reason behind our vulnerability to big outages like the one on June 8th. This is a perfect example of the importance of competition in the telecom industry.

Can more competition be achieved?

While there is a pressing need for more diversity in our internet infrastructure, the industry is extremely tough to break into.

Services like the ones Fastly provides, for example, are nearly impossible for any new company to replicate. Its business model requires having physical data centers spread across several countries; Fastly has over 50.

More than just a telecom problem.

The caliber of the websites that were impacted by this outage prove that internet outages can happen to anyone.  No matter how good of a provider you are with, accidents and disasters are inevitable.

You might remember events like June 8th in the past. In June 2019, Verizon accidentally routed a large amount of U.S traffic to a single provider in Pennsylvania, bringing down big sites like Amazon and Facebook for many consumers. In July 2020, engineers at Cloudflare made a similar mistake, pushing too much traffic to a single data center in Atlanta, which failed and crashed a swath of busy sites, including the video game League of Legends. In January of 2021, hundreds of thousands of people lost internet connection along the United States’ East coast, when a construction crew hit a Verizon cable in Brooklyn.

The takeaway here is not to despair of a technical issue or damaged cable, but rather to be aware of the risks to your business and make informed risk mitigation plans.

Next week, part two of our series on internet outages, we will look at disaster recovery plans, and how implementing one is best practice for your business.

Unpacking SaaS, No. 2: When to use paid vs. free software.