Chargeback fraud – why it happens, and how to protect your business 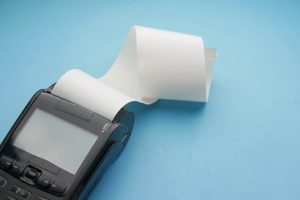 If your business accepts card payments, you’re potentially vulnerable to chargeback fraud. Also called ‘friendly fraud’ – a less than accurate moniker – chargeback fraud is a growing problem for businesses, especially in the age of online shopping.

In this article, we look at chargeback fraud; what it is, why it happens, and how to protect your business against fraudsters.

What is chargeback fraud?

Chargeback fraud happens when a consumer makes a purchase – usually online – with their own credit card, then requests a chargeback from the issuing bank after receiving the goods/services. If the chargeback is approved, it cancels the transactions and refunds the consumer, sometimes at the merchant’s expense.

Plainly, this is theft, just as much as pocketing an item and walking away with it is theft. However, the difference between in person theft and chargeback fraud, is that it’s not always intentionally malicious.

Chargebacks911 – a company fully dedicated to helping merchants combat post-transactional fraud – advises that, “chargeback fraud is not a monolith. It encompasses a lot of different scenarios. Essentially, any occasion in which a cardholder might misrepresent the details of a dispute to their issuing bank can constitute chargeback fraud.”

Every year, retailers worldwide lose billions due to chargebacks, a growing portion of which are a result of chargeback fraud.

Why does chargeback fraud happen?

There are both deliberate and unintentional examples of chargeback fraud. Deliberate examples include:

Examples of unintentional chargeback fraud include:

Customers deciding to file a dispute rather than return or exchange an item is more common than you might think. A survey conducted by Chargebacks911 “found that 81% of cardholders have filed at least one chargeback out of convenience. Rather than contact the merchant, they decided it was easier and faster to simply call the bank.”

A 2016 study by LexisNexis found that for every one dollar claimed in a chargeback, a merchant loses up to $2.40 due to product-loss, banking fines, penalties, and administrative costs. Likewise, if businesses face a high recurring rate of chargebacks, they may be subject to higher rates or lose the ability to accept credit cards altogether.

There is little that can be done to hold the consumer accountable for this cost.

Unfortunately, chargebacks are a grey area when it comes to the law.

Chargeback911 explains, “while there have been cases in which cardholders were charged with wire fraud as a result of chargeback abuse, such cases are exceedingly rare… Tracking chargeback fraudsters across state lines would require cooperation from banks, card networks, and multiple local and federal law enforcement agencies. Depending on the circumstances, the Federal Bureau of Investigation (FBI) may even need to get involved.”

Sometimes, a merchant’s only option is to take the cardholder to civil court.

Canada is a good example of the rising concern of chargeback fraud.

Moneris alone recorded over 300,000 cases of chargeback in Canada in 2021, which collectively cost Canadian businesses tens of millions of dollars. Only 15% of small businesses attempted to dispute these claims.

Moneris says that fraudsters are able to get away with this by using merchants’ lax card security measures against them. And that is an issue that unfortunately extends far beyond Canada.

What can businesses do to protect against chargeback fraud?

While chargebacks will always happen to some extent, there are precautions you can take to lower your overall chargeback rate and reduce the risk of fraud.

You can reduce the rate of overall chargebacks by utilizing strong authentication tools. As Payments Journal explains, “if any of your customers find that their accounts — with stored payment methods — have been taken over and had orders placed without their consent, they’ll file chargebacks.”

Likewise, to prevent specifically fraudulent chargebacks, you can add real-time decisioning to your eCommerce platform. Real-time decisioning allows for accurate fraud decisions before the user goes through checkout and payment authorization. Many vendors also offer protection for chargebacks – essentially insurance for fraud losses.

Chargeback fraud – or friendly fraud – is a big threat to a business’ bottom line and longevity. Unfortunately, it is inevitable, and only growing in popularity as eCommerce grows in popularity. However, there are protections a merchant can take to protect themselves.